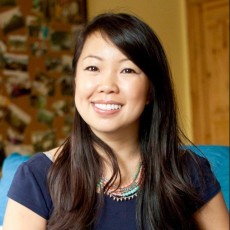 Devon is a Canadian media producer with international experience in digital, news and TV production.

Devon has produced content for a number of organizations, including the City of Vancouver, Samsung, the University of British Columbia, and the David Suzuki Foundation. Her words have appeared in Philippine Airlines’ in-flight magazine Mabuhay, Coconuts Manila, in addition to other publications.

In 2012, she moved to the Philippines as a Princeton-in-Asia fellow with Rappler.com, the Philippines’ fastest growing social media-based news agency.  As an independent video journalist, she produced a number of human-interest features on topics including HIV testing, condom usage, religious rituals, transgender dating, and cockfighting.  After Typhoon Haiyan, she joined the United Nations Human Settlements Programme  to document ongoing recovery and reconstruction efforts.

In 2014, Devon moved to Singapore to work with Asia’s largest independent production house, Beach House Pictures, as a TV Producer, where her first television series she produced and directed for Channel NewsAsia – Singapore’s Finest – won the 2015 Asian Television Award for Best Sports Programme.

Devon is currently based in Vancouver and works with Minerva BC in their mission towards gender equality by supporting women and girls in their leadership development. In her spare time, she can be found interviewing filmmakers at the Vancouver International Film Festival, volunteering in Chinatown, producing events with the Living Room Series, or grabbing coffee with students through the UBC Tri-Mentoring Program.

A new exhibit at Centre A reflects on family, identity, belonging, and the importance of transferring traditions between generations.
You’ve heard of culture shock — but what happens when you return home from living abroad?
A week after the 2018 Vancouver Asian Film Festival, we take a look back at the rising female presence behind and in front of the camera.
Members of Asian-Canadian sketch comedy troupe, Assaulted Fish, explore humour in grief at this year’s Vancouver Fringe Festival.

Support stories for and by the next generation of Asian voices

Our aim is to share stories that help amplify, inspire, and empower the Asian community. Help us continue to bring these stories to life by making a contribution.

The Bonds Between Football and Polynesian Players

Defining home while living away from home

The future of Cold Tea Collective depends on you.